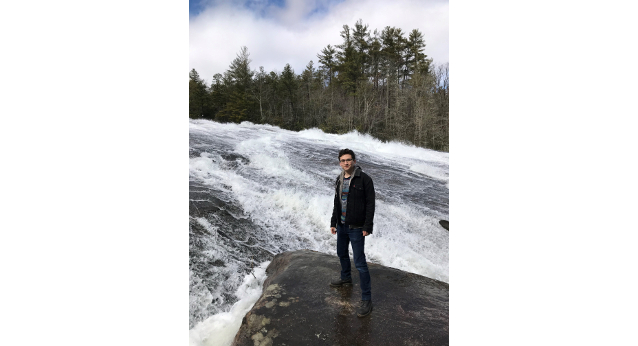 Why William is an Engineering Leader

William Tomhon takes the engineering portion of sales engineering role very seriously. He views his role as a facilitator to customer success and works directly with the engineering team to make sure their projects are a success. Although he is not on the engineering arm of Panacea, that doesn’t stop him from engineering his area of focus. He works tirelessly to create innovative tools, workflows and processes that automate the sales team’s efforts and increase productivity. He represents a quickly growing movement of client focused sales engineering and should be recognized for his accomplishments.

William has been leading the effort to revolutionize sales engineering. He took the big data approach used on projects and implemented it in the customer facing side of the business. By collecting data on marketing performance, client interests and third-party tools he was able to elicit meaningful data from a sales data lake that was used to better service clients. He then created an internal tool used by the sales team that helps the company target efforts to clients in areas that provide the most value so that Panacea’s engineering team can in turn provide the most value. His goal is to make sure the company is always finding areas to improve its client’s lives. William has been pushing the boundary on internet marketing running several marketing campaigns meant to appeal to the different generations that make up the industry’s workforce. This in turn was fed into his internal tool for the rest of the team increasing productivity and value. One of the biggest achievements has been his automated workflow implementations that saved the sales engineering team enormous amounts of time allowing us to focus on solving client problems.

William is an avid cook. Growing up in a culinary family (his grandparents ran a Chinese-American restaurant), he learned to cook from an early age. He treats his kitchen like a laboratory (and writes his recipes in a lab notebook). He recently started to homebrew and has been mixing up ciders and seltzers with the flavors of his childhood.

William loves travelling and spent much of his childhood and early adulthood living in Seoul and Shanghai.

William is an avid Tabletop RPG Player and Gamemaster. As a “theatre kid” through high school, he is passionate about the improvisational story-telling aspect of the game and still spends much of his spare time optimizing gameplay and encounters in Excel.

Why William chose this career

William’s background is chemical engineering, but all through college he was the Excel manager and report writer of group projects. He found that Business Development in the automation industry has allowed him to combine the technical skills from his education and early career experience with the soft skills he gained from his extracurriculars. He joined the automation industry because of the broad fields it touches and is excited to be a part of bringing it to burgeoning industries.