At the heart of any electronic motion control system are the communications interfaces that exchange of information between the controllers, actuators and sensors. Several communications and networking technologies have become established as industry “standards” because they offer the right combination of features, performance and cost to meet the needs of particular applications and market segments.

Given the wide range of applications that come under heading of motion control, there is no single best solution for all problems. However, with standardized interfaces and networking protocols, system designers have many viable choices for selecting system components.

Incremental encoders deliver a continuous stream of signal pulses, one for each time the encoder’s shaft rotates through a defined small angle. (The number of pulses per revolution (PPR) is referred to as the resolution of an encoder). This type of encoder is well suited for speed control applications since the controller can determine rotation speed quickly and accurately from the time interval between pulses. Absolute position (rotation angle) also can be determined, although this places an additional burden on the controller as it must maintain a count of the pulses it receives. Many incremental encoders report the direction of rotation, indicating to the controller whether to increment or decrement the step count.

The connection between an incremental encoder and its controller must be direct (point-to-point) and is often based on a differential signal transmitted over twisted pair wiring. The output drivers in the encoders must be compatible with the interface on the controller: most incremental encoder/controller connections use Push-Pull (HTL) or RS422 (TTL) output drivers. These specify signal voltage levels.

Position sensors, such as absolute encoders or inclinometers (tilt sensors) operate by sending a digital word or “telegram” that reports the measured position at a specific instant in time. Absolute sensor can be connected through a variety of wiring systems, including point-to-point cables (SSI, BiSS, Bit-Parallel or Analog), shared-access bus designs (CAN, Profibus) and large-scale industrial Ethernet solutions. The remainder of this article will deal with connectivity for absolute position sensors. Figure 1: Vendor-neutral standards are important to specialized equipment suppliers like Posital, whose products have been designed to support a wide variety of standards-based communications interfaces. In this encoder, an analog interface is used for simple systems. Courtesy: Fraba Inc.

Analog interfaces (voltage or current) can be cost effective for simple control systems. These use point-to-point wiring and are easy to implement for small networks (1 to 5 sensors). Analog installations are common in vehicles, medical equipment, and energy management. These systems often made use of potentiometers or other simple analog devices. However, more sophisticated microcontroller-based digital sensors also are available. While this combination of digital and analog might seem like an unlikely mix, there can be practical advantages. Digital encoders and inclinometers are available with scalable D/A converters that can be programmed so the full system’s electrical output range (such as 0 to 5 V, 0 to 20 mA) can be set to span a predetermined range of mechanical motion – anything from a fraction of a turn to hundreds of revolutions. This can improve accuracy and resolution over the most significant range of motion.

Bit-parallel communications can provide high-speed communications over short distances, using a dedicated (often ribbon-type) cable. However, the resolution of the system is limited by the number of conductors in the cable.

IO-Link is a low-cost, easy-to-implement communications system designed to simplify connections between simple sensors or actuators located on the factory floor and more complex multiple access networks such as fieldbus or industrial Ethernet. On one side of an IO-Link master gateway are multiple point-to-point connections for individual sensor devices. The other side has an interface to the plant-wide shared-access network.

The IO-Link interface for end devices is simple, eliminating the need to support complex communications protocols at the sensor/actuator level. IO-Link supports a variety of data types, including measurement data, device configuration instructions and information about operating condition parameters such as temperature. Branching out: Fieldbus for motion control

Fieldbus networks were developed for vehicle, work cell and factory automation systems. Applications range from conveyors and manufacturing facilities to mobile equipment, medical equipment, wind turbines and solar panels. These networks are based on a bus topology, with multiple devices sharing a common wiring backbone. They also support diagnostic tools to help with system setup and troubleshooting. CAN (controller area network) and Profibus (process field bus) were originally introduced by Bosch and Siemens, respectively. The DeviceNet interface, originally developed by Allen-Bradley/Rockwell and commonly used in North America, combines the CAN physical layer with the CIP (common industrial protocol) higher-level protocols.

Fieldbus systems are well-proven and cost effective. The bus topology greatly simplifies wiring layout where multiple sensors, and actuators need to be connected, although the number of devices that are attached to each bus is limited by the electrical properties of the network.

Industrial Ethernet uses the same core technology as the millions of commercial and domestic LANs installed around the world. This means industrial users can often take advantage of the enormous base of products and experience accumulated around Ethernet standards (IEEE 802.x). However, the conditions in factories or mills are often much harsher than in a typical office environment. Furthermore, industrial applications often require controls to operate in real time, without the data transmission delays (latency) that can occur in ordinary Ethernet networks.

For these reasons, industrial Ethernet systems incorporate special features at the hardware and software levels aimed at improving robustness and performance. Examples include Profinet, EtherNet/IP and Ethernet Powerlink.

Industrial Ethernet allows for larger and more complex networks than fieldbus technologies like DeviceNet. It also has the potential for vertical integration, enabling seamless interfaces between the factory network (industrial Ethernet) and the enterprise network (office Ethernet). This can be a valuable feature for integrating production, inventory control and enterprise management systems. Figure 3: The Posital IXARC series of absolute rotary encoders are based on a high resolution, extremely accurate magnetic measurement system, are available with interfaces for industrial Ethernet (EtherNet/IP, Profinet and Powerlink), DeviceNet, Profibus, Interbus, CANopen, SSI and Bit-Parallel. These devices have been certified by the ODVA (for EtherNet/IP networks) by PNA (Profibus and Profinet) and by the CiA (CANopen). Courtesy: Fraba Inc.

Wireless technologies enable communications with mobile machinery (such as autonomous guided vehicles) or equipment that must be frequently relocated. IEEE 802.11 Wi-Fi and Bluetooth are widely used standards for short-range wireless communications. Other standards are available for longer-range communications, although this may require lower bit rates. Emerging 5G networks promise high-data rates and low latency.

Wireless communications can be less reliable than wired connections in electrically noisy environments and may not be suitable for time-dependent feedback signals. In the case of a warehouse robot, for example, a wireless signal can be used to issue a high-level instruction (“retrieve material A from location X”). However, sensors for steering, speed control and collision avoidance are typically hard-wired to the control system to ensure reliable instantaneous response. No one vendor can supply best-in-class equipment for every part of a complex automation system and leading suppliers of industrial networking technologies have supported the development of “open” (vendor-neutral) interface and networking standards. Thanks to these standards, buyers of motion control equipment can mix-and-match standards-certified components from different vendors with the expectation everything will work together. Important industry standards organizations include the Open Device Vendors Association (ODVA), sponsors of DeviceNet and EtherNet/IP standards; the CAN in Automation Association (CiA), sponsors of the CANopen protocols; and the Profibus Nutzerorganisation (PNA), sponsors of the Profibus and Profinet interfaces.

Vendor-neutral standards are important to specialized equipment suppliers, whose products have been designed to support a wide variety of standards-based communications interfaces.

Absolute rotary encoders, based on a high-resolution and accurate magnetic measurement system, are available with interfaces for industrial Ethernet (EtherNet/IP, Profinet and Powerlink), DeviceNet, Profibus, Interbus, CANopen, SSI and Bit-Parallel. These devices have been certified by the ODVA (for EtherNet/IP networks) by PNA (Profibus and Profinet) and by the CiA (CANopen). 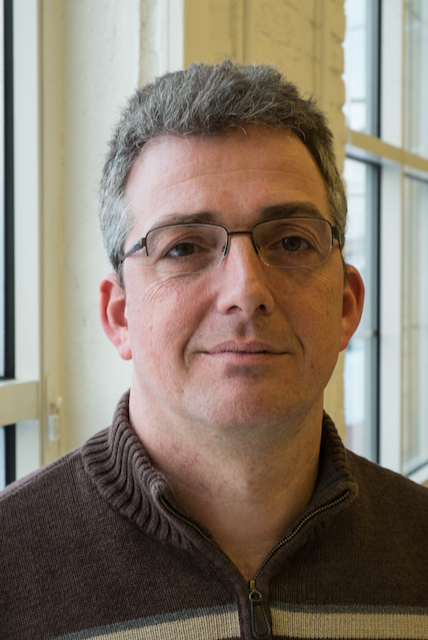