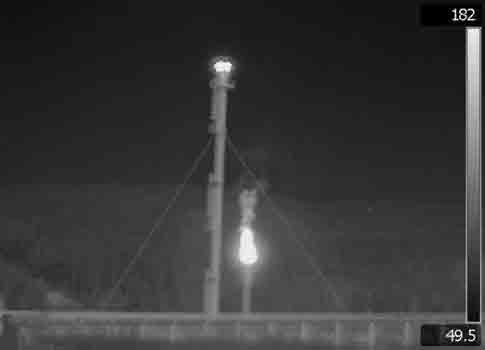 The U.S. oil and gas industry is under pressure to ensure equipment doesn’t allow methane and volatile organic compounds (VOCs) to escape into the atmosphere. The concern is generated, not only by the strengthening of federal regulations on greenhouse gas emissions, but also by the simple fact that gas leaks cost money and can expose workers to dangerous situations.

On Aug. 18, 2015 the EPA proposed new rules aimed at reducing air pollution and greenhouse gas emissions from the growing U.S. oil and gas industry. The proposal focuses on diminishing the escape of methane and VOCs from sources, such as compressor stations, processing plants, and hydraulically-fractured oil wells. Along with new emission standards under discussion by the Bureau of Land Management, the EPA proposal is a key component of the President’s Climate Action Plan. The goal of that plan is to, by 2025, cut methane emissions from oil and gas producers to levels that are 40% to 45% below those measured in 2012.

Methane is the primary component of natural gas and is considered worse for the environment than carbon dioxide (CO2). CO2 is the benchmark against which other greenhouse gases, such as methane, are compared over specific time periods. The EPA rates the global warming potential of methane as 80 times greater than CO2 in the first 20 years after its release into the atmosphere. Over a period of 100 years, methane has a global warming potential 25 times more powerful than CO2. While methane can come from many natural sources, the EPA estimated nearly 30% of the methane released into the atmosphere comes from oil production and the production and distribution of natural gas. That’s an estimated 8 million metric tons of methane lost annually.

Until recently, toxic vapor analyzers (TVAs) were the tool of choice under the EPA’s Method 21 for leak detection and repair. The process involves introducing the TVA to every potential escape point so it can sniff for traces of gas. When a leak is detected, plant engineers investigate further to determine its exact source. Currently, infrared imaging is gaining acceptance as an alternative to Method 21—not only with the environmental agencies but also with oil and gas producers. Optical gas imaging (OGI) is performed using an infrared camera with a special filter and focal plane array tuned to see methane and VOCs. These gases absorb short-wave infrared, blocking any radiation coming from objects behind them. The camera records the gas plume as a shadow that stands out against the thermal radiation from the surrounding area.

OGI provides visual confirmation of escaping gases even in leaks as small as 0.8 g/hr. Instead of taking multiple readings at each potential escape point, the camera operator can record scans of an entire area. Any gas plumes detected are shown in real time on the monitor, so the surveyor knows immediately where repairs are needed.

This noncontact form of survey has been shown to be faster and more efficient than traditional gas sniffers. For example, a field study conducted for the City of Fort Worth, Texas concluded that OGI inspections were at least nine times faster than performing a Method 21 survey on the same site equipment. Colorado’s Air Pollution Control Division makes a more conservative estimate: In a 2014 proposal for reducing methane emissions from compressor stations and well production facilities, it suggests OGI inspections would be at least 50% faster than Method 21.

One of the early adopters of OGI is Jonah Energy in Wyoming. The company deploys five surveyors trained in OGI to scan its 1,700 wellheads and 150 central distribution points. The team inspects the facilities each month and makes annualinspections of each wellhead. In fact, between 2010 and 2014, Jonah conducted more than 16,000 OGI inspections.

Pat Mack, an environmental field technician at Jonah, who performed many of those surveys, said he was initially surprised by the efficacy of OGI. "It will find leaks that are very small. There’s no way you would be able to hear it or find it with any other means," he said. "We wouldn’t be able to find leaks as efficiently as we do without OGI. We’d have to rely on old technology, which wouldn’t allow us to be as proactive as we are."

Since the company started using OGI as part of its emission reduction program, it has reduced fugitive emissions by 75%. In the past five years, it reduced repair time by 85%, and cut its labor costs and gas losses significantly. Emissions have gone from 351 tons down to 31 tons. Based on a cumulative effect, the company’s savings have exceeded $5 million to date. If the costs associated with an OGI inspection and repair program were subtracted from its savings, the result would be a net profit of $275,000.

"OGI allows you to not only keep up with the regulations, but to do it efficiently enough so it’s profitable," said Ron Lucier, an OGI instructor with the Infrared Training Center. "Methane can be a profitable gas, so losing it to the atmosphere costs money."

But instead of focusing on the bottom line, Lucier emphasizes to his students that optical gas imagers are, first and foremost, safety cameras. He trains students to check tank levels and to look for potentially harmful gas plumes from afar. If no leaks are spotted, the students can halve the distance and perform another scan. Lucier said they should only perform close scans for small leaks after it’s certain the area is safe.

"I have been in more than a dozen situations near compressor stations that could have been unsafe," Lucier said. In each case, his method of scanning the facility from a distance before entering the perimeter helped Lucier avoid danger. "From outside the fence, we’ve seen large vent valves releasing big plumes of gas that we would have otherwise walked right into."

High concentrations of hydrocarbons escaping from components, such as thief hatches (allow access to tank for sampling) can cause asphyxiation. The deaths of nine workers at tank sites over the past five years are now under investigation by OSHA. These deaths were first attributed to natural causes, but now appear to be the result of asphyxiation. Flare stacks-used to quickly burn off combustion gases-are among the growing list of inspection points. Lucier suggests giving these the same scrutiny as tank valves and compressors because they can be some of the largest sources of leaks in the industry. "There may be incomplete combustion with a flare," he said. "Cameras can be used to get the right combustion in that flare. If that’s not done, and you have these leaks going on continually, it can be as bad as the Deep Water Horizon oil spill in 2010-except these "spills" are in the sky and continue to pollute even if you can’t see them."

Developments at national and state levels

When the EPA released its proposed emission standards for the oil and gas industry, it included recommendations in favor of OGI surveys, identifying them as "the BSER (Best System of Emissions Reduction) for detecting fugitive emissions from new and modified well sites."

Optical gas imaging is catching on state by state. Colorado and Wyoming have already rewritten inspection rules, and permit the use of OGI. California, Pennsylvania, and Ohio are in the process of revising their inspection regulations. The proposals would require leak inspections at all well sites, storage vessels, and compressor stations upstream of processing plants. Colorado’s new regulations specify:

In addition, some states are proposing to permit companies to report leaks without worrying about incurring fines as long as leaks are adequately repaired within the specified timeframe. More specifically, California’s proposed regulations include alternative recommendations for quarterly inspections using an OGI instrument that detects the presence of hydrocarbon vapors or meets criteria specified in federal environmental regulations for OGI, called "Title 40 CFR part 60."

Meanwhile, the Ohio EPA announced in 2014 it would require quarterly scans of all wellsite equipment with infrared cameras or other devices designed to detect hydrocarbon emissions. Operators must fix any leaks revealed by the scans within five days and must submit any detection and repair reports annually to state regulators.

Overall, these changes to state regulations could result in more efficient inspections and repairs of leaks. According to the EPA, taking action at just 10% to 20% of wellsites with gas leaks would lead to a 60% reduction in emissions. And instead of fighting this push to reduce fugitive emissions, many oil and natural gas operators are willing to take on the costs associated with reducing gas leaks.

"Companies that take hydrocarbons out of the ground want to get the maximum amount of revenue for them," Lucier said. "The last thing they want are leaks because it’s bad for people, bad for the environment, and bad for the bottom line."