These 100 firms represent the largest system integrators of 2012, from among 2,334 in the Automation Integrator Guide. 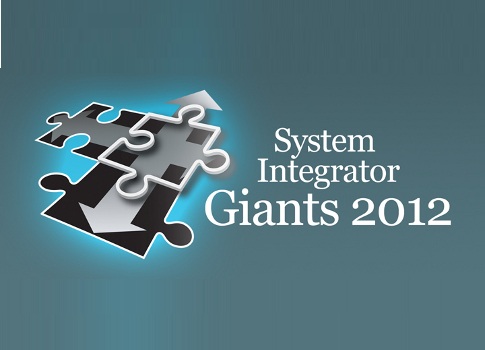 One hundred forty system integrators, automation engineering firms, and control consultants responded to the survey. Each provided details about size, engineering specialties, professional affiliations, products they use, industries and areas they serve, educational opportunities offered to employees, and challenges they face. The 100 respondents reporting the highest system integration-related revenue-the SI Giants of 2012-are listed in the tables provided. The largest integrator reporting in 2012 was Mustang Automation & Control.

Collectively, the SI Giants reported $875.8 million in system integration-related revenue out of total annual revenues exceeding $2.25 billion. The $1.38 billion difference represents the value of pass-through equipment sales and other business ventures not related to automation system integration. Many SI Giants are divisions of larger engineering firms or product distributors that derive as much as 90% of their revenue from other sources.

The median revenue figure reported by the SI Giants falls in the $5 million to $10 million range which, not surprisingly, exceeds the $1 million to $5 million median revenue of all system integrators listed in the Automation Integrator Guide. So even though the SI Giants represent a more affluent segment of the overall system integrator community and not a true cross section, their revenue and head count figures demonstrate what smaller integrators can realistically expect to achieve. The average SI Giant:

The ranking table gives more details about how large an SI Giant can be.

SI Giants aren’t simply larger than other integrators; they differ somewhat in the work that they do. The engineering specialties table shows that SI Giants and system integrators in general all work with the same basic technical toolset- automation engineering, programmable logic controllers, and human-machine interfaces-but SI Giants tend to focus more engineering efforts on the higher levels of a plant’s automation hierarchy.

For example, 51% of all SI Giants offer data collection and reporting systems compared to only 33% of system integrators in general. The disparity is 60% versus 44% for supervisory control and data acquisition (SCADA) systems and 52% versus 36% for project management services. This reflects an emphasis on the "big picture" issues for plant-wide automation systems. SI Giants also tend to be more focused on the installation and start-up of those systems by a margin of 57% versus 41%. On the other hand, SI Giants and other integrators tend to offer services in approximately the same industries, with a few exceptions. As the industries served table shows, the oil and gas industry is the largest source of the SI Giants’ combined revenue, accounting for about 11 cents of every dollar. But when other integrators enumerate the industries they serve most, oil and gas appears 19th on the list. The disparity is even greater for metals, which is the 6th most-lucrative industry for SI Giants, but only 28th most-served among all integrators.

SI Giants and other integrators also tend to work with the same vendors’ products. The product experience table (in the online version of this article) shows all of the most familiar automation vendors’ names on both lists of most-used products. The combination of Rockwell Automation, Rockwell Software, and Allen-Bradley (often cited separately in spite of being a Rockwell Automation brand) is by far the most popular among all integrators and even more so among SI Giants. Invensys Operations Management (Wonderware), Siemens Industry, GE Intelligent Platforms, Schneider Electric, and Honeywell Process Solutions also enjoy considerably greater popularity among SI Giants than among integrators in general. The statistical differences between SI Giants and other integrators are even narrower when it comes to where they do business. The areas served table (online) shows that both groups tend to work primarily within the United States with no particular preference for any particular region. On the other hand, those integrators that do work outside of the United States are more likely to be SI Giants than not.

Editor’s note: This U.S.-centric result probably does not reflect the geographic focus of the worldwide system integrator community overall. Our survey was distributed only to integrators listed in the Automation Integrator Guide, which at one time focused primarily on North American companies. Efforts continue to collect additional listings from integrators around the world, although the system integrator database still represents a disproportionately high percentage of U.S.-based companies. Of the 100, 29 are based outside of the U.S., and 20 outside North America.

Where SI Giants and other integrators differ most seems to be in their tendency to join professional organizations. As the professional affiliations table on page 63 shows, integrators in general cite the International Society of Automation (ISA), the Institute of Electrical and Electronics Engineers (IEEE), and the Control System Integrator Association (CSIA) as the organizations that their companies or their employees join most often. However, none of these organizations can claim much more than a quarter of all system integrators as members. But professional affiliations seem to be much more prevalent among SI Giants – 43% claim to be members of the CSIA while only 17% of other integrators make the same claim. For the ISA, the disparity is not quite as large-38% vs. 26% – and for the IEEE, the membership rate is about the same for both groups, roughly one in five. It comes as no surprise that an association dedicated to control system integrators would have a significant following among companies listed in the Automation Integrator Guide, but exactly why the CSIA should appeal so much more to SI Giants than to other integrators is not altogether obvious. Control Engineering asked the organization’s executive director, Robert Lowe, to comment. See the CSIA Perspective sidebar.

In addition to these demographic statistics, the survey collected commentary on the challenges that automation system integrators face. Not surprisingly, the No. 1 issue reported by the SI Giants mirrors one of the primary concerns of all business owners in 2012-the economy. Nearly three out of 10 respondents cited "the economy’s impact on the automation integrator market" as one of their biggest challenges." "Fortunately, the economic outlook for the system integration industry is positive," said Lowe. "More plant managers, operations directors, and other business leaders are turning to CSIA members for project assessment and implementation. Many customers of CSIA members are investing in automation to ensure their manufacturing systems are at peak capacity. They are looking to CSIA members for technology solutions to grow, or in some cases, just to run a more efficient operation."

See the statistics that have prompted Lowe’s optimism in CSIA forecasts manufacturing growth in 2012.

A related economic issue, "identifying new prospective clients," is third on the corporate challenges list. Due to the nature of the system integration business, there are only so many automation projects that an integrator can undertake for a given client. Once the client’s facility is fully automated, there’s less need for the integrator’s services. So even though many integrators enjoy ongoing relationships with their best clients (as evidenced by the relatively low emphasis that SI Giants place on "maintaining relationships with current clients"), every integrator will eventually need to find new clients with which to work.

Likewise, all integrators will eventually need to find new engineers to handle their clients’ projects as retirements and attrition leave openings in the workforce. Unfortunately, "quality of young engineers" is a problem for 23% of the SI Giants, presumably making suitable replacements hard to come by. And even when new engineers are available, "the rising cost of automation system integrator labor" is a challenge for 11% of the SI Giants.

Perhaps in response to these staffing issues, most SI Giants offer employees a variety of educational and mentoring programs. The educational opportunities table (online) shows that more than 70% offer paid attendance to conferences and tradeshows, paid training for professional certifications, work time for attending webcasts, formal and informal mentoring programs, and/or paid membership to professional societies, such as those listed in the professional affiliations table. Rounding out the top five corporate challenges is "competition from product suppliers." This controversy has raged ever since automation vendors discovered that providing design and installation services along with their products can be a lucrative business. But creating their own "application engineering" or "main automation contracting" divisions has put these vendor-integrators in competition with some of their best clients-the system integrators that buy their products. On the other hand, this idea of cooperative competition or "coopetition" hasn’t stopped the SI Giants from using their favorite automation products as the product experience table (online) attests.